Laos under pressure to step up probe

The Lao government is coming under increased international pressure to step up its promised investigation into the disappearance of a prominent local civic leader, as concerns increase about state involvement in the case.

MPs from other Asean member countries said on Wednesday that Laos’s ruling communist party “clearly had no desire and no political will” to resolve the mystery and urged the government to extend its investigation to the top levels of Laos’s military.

This follows public expressions of concern from the US and other western governments and UN agencies over the case.

The MPs spoke ahead of an expected statement by US secretary of state Hillary Clinton urging Laos to take more action on the case. The three MPs, from the Philippines, Malaysia and Indonesia, visited Vientiane, the Lao capital, where Sombath Somphone went missing on December 15 while driving home one evening from his office. END_OF_DOCUMENT_TOKEN_TO_BE_REPLACED

Former Thai prime minister Anand Panyarachun has appealed to the Lao government to do more to locate the missing activist Sombath Somphone, who disappeared in Vientiane nearly a month ago.

Anand, who attended the launch of a film at the Bangkok Arts Centre on Thursday evening, said he didn’t want to debate the circumstances of what occurred to Sombath – who exiles claim was abducted by government officials after being stopped at a police checkpoint in the capital.

But he urged Vientiane to do more to investigate, saying the 60-year-old social activist was a “very good man”.

Speaking during a debate on reconciliation televised by Thai PBS after the film showing, Anand said the disappearance of Sombath was bad for the region.

“I hope the Lao government would assume a more active role in finding out the truth of this particularly unwelcome event,” he said.

“You can’t have enforced disappearances – it’s not something we like in this part of the world.” END_OF_DOCUMENT_TOKEN_TO_BE_REPLACED 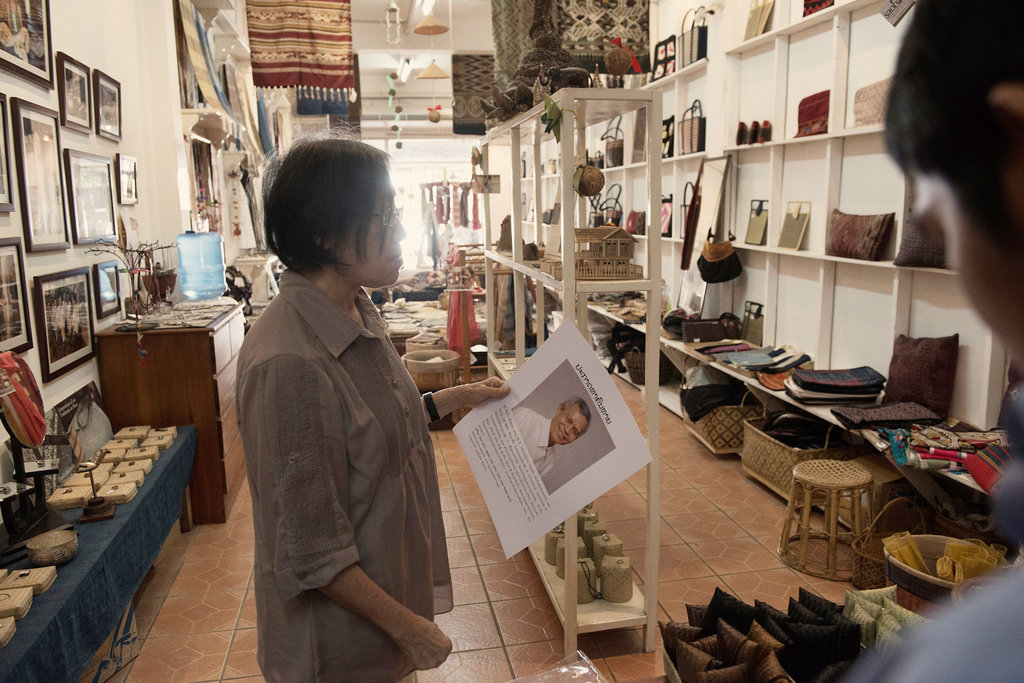 With Laos Disappearance, Signs of a Liberalization in Backslide 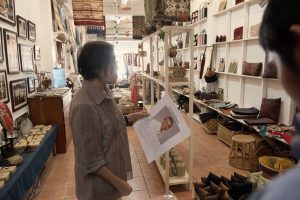 VIENTIANE, LAOS — He was last seen driving home in his old, rusty jeep. And then he vanished.

The disappearance nearly one month ago of Sombath Somphone, a U.S.-trained agriculture specialist who led one of the most successful nonprofit organizations in Laos, has baffled his family and friends and raised alarms that a nascent liberalization of the Communist-ruled country could be sliding backwards.

Mr. Sombath, 60, who won many awards for his public service, was known to be nonconfrontational and adept at forging compromises with the authoritarian government of Laos.

“We have no malice against the government,” said Ng Shui Meng, Mr. Sombath’s wife, who is from Singapore and met Mr. Sombath while they both studied in the United States. “We want to live our lives quietly.”

The disappearance has set off an enormous campaign by Mr. Sombath’s large network of friends and aid workers across Southeast Asia who know him from his development work. The campaign has put Laos, an obscure country run by an opaque Communist party, under increasing pressure to provide answers.

The country has taken halting steps to modernize its one-party system in recent years but has also cracked down on dissent, and its security services have been linked to a series of politically motivated assassinations in neighboring Thailand.

Paradoxically for the Lao government, it is a network of cameras that the municipal police installed over the past three years to monitor “anti-social behavior” that have pointed to signs of the government’s involvement in Mr. Sombath’s disappearance.

Helpful workers at a local police station initially showed the family images of Mr. Sombath’s jeep stopped at a police checkpoint on the evening of Dec. 15. Mr. Sombath then appeared to be driven off in a white vehicle.

Family members had the presence of mind to record the footage with their own digital devices — crucial because the government now refuses to let them view the video again despite pleas by diplomats who would like to analyze it for clues like license plates. (The video is now circulating on YouTube and is also available at sombath.org, a site put up by Mr. Sombath’s friends and dedicated to tracing his whereabouts). END_OF_DOCUMENT_TOKEN_TO_BE_REPLACED

The disappearance of a community leader threatens Vientiane’s recent progress.

The year 2012 marked a coming of age for tiny landlocked Laos. In July Hillary Clinton became the first U.S. secretary of state since the 1950s to visit the country. The World Trade Organization formally voted in October to allow Laos into the trade grouping after years of negotiations. In early November, Laos’s capital Vientiane hosted the Asia-Europe Meeting, which was attended by dozens of world leaders and senior officials, including the prime minister of China and the president of the European Council. Laos’estimated economic growth of 8.3% last year likely made it Southeast Asia’s top economic performer.

But all this good news is dissipating like mist on the Mekong because of the country’s suspicious response to the disappearance of an internationally recognized development leader. On Dec. 15, Sombath Somphone was driving on the outskirts of Vientiane when he was stopped in his Jeep by police and then transferred by non-uniformed men into another vehicle, as photo and video evidence from that day shows. No one has seen him since.

The Laos government has said it has no idea what happened to Mr. Sombath. Its official news agency speculated that his disappearance may have been prompted by a business or personal dispute. But diplomatic sources in Vientiane who have seen the footage of Mr. Sombath’s roadside confrontation are convinced that he was taken and is being held by Laos’s security apparatus.

For a country that relies on foreign assistance for roughly 70% of its budget, the agronomist’s disappearance—and the government’s subsequent unwillingness to forthrightly address it—has become a major headache. Few in Laos have built bridges between the foreign and local development communities as effectively as Sombath Somphone.

The oldest of eight siblings, he grew up in a poor rice farming family in southern Laos at the height of the Vietnam War. In the early 1970s, he received a scholarship to study education and agriculture at the University of Hawaii.

I first met Mr. Sombath after he graduated in the late 1970s. I had worked in Laos with a small development agency from 1975, when communist forces seized control of the government, until early 1978. Mr. Sombath wanted to know whether he should return home to use his skills to aid the country’s subsistence farmers. Many of his friends warned him not to go back, arguing that the new communist leaders would not tolerate a U.S.-educated agronomist working directly with Lao farmers. END_OF_DOCUMENT_TOKEN_TO_BE_REPLACED

The UN and some western governments are preparing to put fresh questions to the Lao government over the mysterious disappearance in mid-December of a prominent education and health campaigner, after Vientiane late last week rejected suggestions by the UN of state involvement in the case.

In a statement to the UN’s Office of the High Commissioner for Human Rights, Laos denied knowledge of the whereabouts of Sombath Somphone, 60, and said he had not been taken into police custody, as widely reported, but rather may have been kidnapped because of a “personal conflict”.

UN human rights officials, as well as US and European governments, have expressed concern in recent weeks that the activist is being held by the Lao authorities.

Closed circuit video footage from police security cameras showed Mr Sombath, founder of a local non-government organisation Padetc, being stopped by traffic police at a roadside post while he was driving home from work in Vientiane, the Lao capital, in mid-December.

Mr Sombath was following his Singaporean wife in a separate car but never arrived home. The government has denied he was taken into custody at the stop, which they said was a “routine” check, but grainy CCTV footage shows a man resembling Mr Sombath being driven away by uniformed Lao officials.

Vientiane-based diplomats at the weekend expressed doubt about official denials of involvement in Mr Sombath’s disappearance and said their embassies were set to convey further concerns about the case. “We are considering the next move, and it could well be a démarche,” said one western diplomat. END_OF_DOCUMENT_TOKEN_TO_BE_REPLACED

The wife of Sombath Somphone was interviewed on Australian radio today, emphasizing that her husband  is a development worker who is interested in helping his country, and that he has always worked closely with the government.

This weekend marks three weeks since the disappearance of the respected Lao community leader, teacher and social activist Sombath Somphone.Well known in the region, he received the prestigious Ramon Magsaysay Award for his work.

Sombath Somphone has not been heard of since being taken away from a police checkpoint in the capital, Vientiane.

The government has denied any involvement, hinting at a possible business or personal conflict as the reason for his disappearance.

FAYLE: Now have the authorities been maintaining contact with you?

NG: The police department has called me for a short interview on the 26th of December and since then they have not been in contact with me.

FAYLE: Now would you describe your husband as a dissident in any form?

NG: No my husband is not a dissident, he is a very low-profile social development worker interested in helping the country, teaching young people in community service, empowering them, teaching them leadership skills, working with the monks and working with students. He is not at all an activist or a dissident in any way. He has worked closely with the government and with approval of government for every project he has done. So he’s not at all an activist, he always believes that as a Lao citizen he wants to support the government to help develop the country. END_OF_DOCUMENT_TOKEN_TO_BE_REPLACED

Newspapers, media and websites across the globe have reported on the disappearance of Sombath Somphone. Links to a selection of articles can be found  here, or click ‘News’ in the menu above.

The Bangkok Post provided a good summary of the situation in an article on 24th December. Here is an extract:

The news was a shock … The 60-year-old activist had never been regarded as an enemy of the state. He founded the Participatory Development Training Centre in Vientiane to promote development and education ….  His work as a social developer was internationally recognised…  Not surprisingly, he was called ”one of the most respected and influential voices for sustainable people-centred and just economic and social development in Laos”.

The full article is available here.