The disappearance of Sombath Somphone was immediately followed by statements of concern from around the world.  The EU High Representative for Foreign Affairs, Parliamentarians from Asia and Europe, the UN High Commissioner of Human Rights, International NGOs – and many others – have urged the Lao Government to undertake all actions necessary to ensure the safe release of this resepected figure.

Copies of various statements can be downloaded from this page 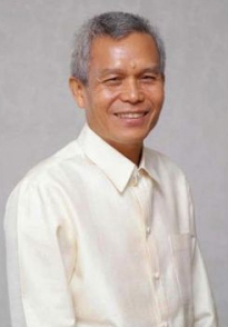 Sombath Somphone is a friend, colleague and visionary who has spent his life working for his people and country.

He was last seen on the evening 15 December 2012, while driving home in his jeep.

CCTV footage shows Sombath being stopped by police and then taken away.

While authorities continue to deny responsibility, Sombath’s abduction is widely acknowledged to be an enforced disappearance.

This website hopes to facilitate justice for Sombath and his family, and bring voice to his ideas and ideals.

After having received a notice on the mission of Mr. Sombath Somphone and received the CCTV footage on the incidence from his wife, the authorities concerned of the Lao PDR have checked the initial information obtained, and therefore would like to inform as follows:

On 15 December 2012, the traffic police were conducting their routine random checks on cars at the police outpost on Thadeu road in the vicinity of Watnak village, Sisattanak district, Vientiane Capital. According to the CCTV footage, at 6:00 pm the traffic police stopped the Jeep of Mr Sombath in order to check for driving license and car documents as normal procedures. Being stopped, Mr Sombath walked out from his car to the police to present documents. After the police had checked the documents they returned them to Mr Sombath and continued their duty of checking other cars. Then, a man came on a motorbike parked it near Sombath’s car and rushed to the police outpost direction. A little while after, a man walked to Sombath’s car and was driving it away slowly, according to statement of the Spokesman of the Ministry of Foreign Affairs on the Missing of Mr. Sombath Somphone, on 19 December.

Following the preliminary assessment of the incidence from the CCTV footage, the authorities concerned viewed that, it may be possible Mr. Sombath has been kidnapped perhaps because of a personal conflict or a conflict in business or some other reasons and at this stage the authorities are not in a position to say exactly what has actually happened, why Mr. Sombath has gone missing and who have been involved in the incidence.

In this connection, the authorities concerned are currently and seriously investigating the incidence in order to find out the truth and whereabouts of Mr Sombath.