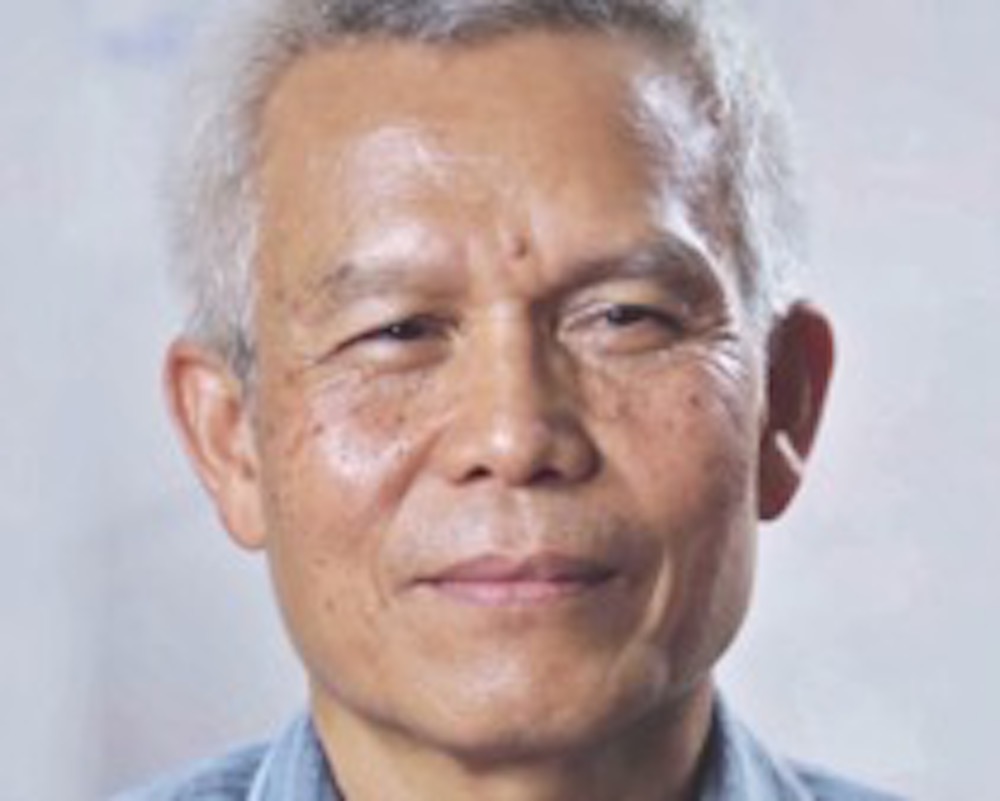 Disappeared in Laos but not forgotten in ASEAN

Lao civil society leader Sombath Somphone disappeared on the evening of 15 December 2012, after being stopped at a police checkpoint on a busy street of Vientiane, Laos. Footage from a CCTV camera near the police checkpoint showed that unknown individuals forced Sombath into another vehicle and drove away in the presence of police officers. Sombath has never been seen again. His fate or whereabouts remain unknown to this day.

A panel of four distinguished speakers will answer these questions and provide an update on the quest for truth and justice for Sombath Somphone’s disappearance.

This press conference was held at the Foreign Correspondent’s Club of Thailand on 07 December 2017. Speakers included:

The full video can be seen here. 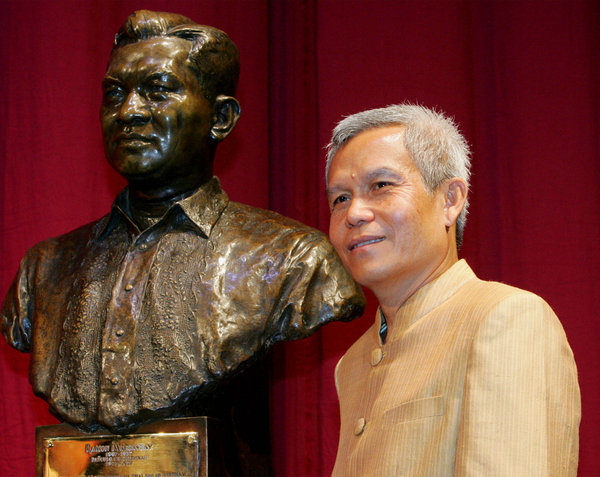 Five years after the abduction of the prominent, internationally acclaimed Lao development worker Sombath Somphone by Lao state agents, the Lao government has done very little to find the truth, experts said. Meanwhile, the enforced disappearance of Sombath has raised debates about the Lao government’s ambition to boost its economy through development projects, while it continues to suppress civil rights.

15 December 2017 marks five years since Sombath was last seen by his family. On 15 December 2012, CCTV at a police checkpoint in Vientiane recorded footage that shows that state agents abducted Sombath from the street. His jeep was stopped and then he was escorted into a truck. According to Shui Meng Ng, Sombath’s Singaporean wife, a witness later saw Sombath and his jeep in a police holding centre.

“Although five years have passed, every day I’m still haunted by the images of what happened to him,” said Shui Meng at a conference ‘Sombath Somphone 5 Years On’ held in Bangkok on 7 December 2017.

Shui Meng, who was the Deputy Representative for UNICEF in Laos between 2000 to 2004, said the Lao authorities have always denied responsibility and refused to give her any information. “For me, it’s almost like the response is one of denial, denial, denial until people are tired of the case. Then the case will be literally disappeared, and Sombath will be forever disappeared. But I keep saying I don’t care how long it will take. I will continue to ask, to struggle and to campaign for the return of Sombath. I see this as the need to have truth and justice. I cannot not have the truth.”

She added that the Lao police have summoned her through the Singaporean embassy several times.

Charles Santiago, a Malaysian MP and Chairperson of ASEAN Parliamentarians for Human Rights (APHR), said the enforced disappearance of Sombath is clearly a state-sanctioned action. As an APHR member, Santiago has made multiple visits to Laos since 2012 to inquire about Sombath’s disappearance, as well as the broader situation for civil society, but has never received a satisfactory answer from the Lao authorities.

Santiago said Sombath is one of the leaders of ASEAN — a leading civil society worker of ASEAN. However, ASEAN failed to speak out for Sombath and has always avoided the issue, claiming its non-interference principle. “In this way, our dictators get away with murders with no accountability.”

In 2005, Sombath was awarded the Magsaysay Award for Community Leadership because of “his hopeful efforts to promote sustainable development in Laos by training and motivating its young people to become a generation of leaders”.

Son of a poor farmer family, Sombath received a scholarship to study at the University of Hawaii where he received a bachelor’s degree in Education and a master’s degree in Agriculture.

Sombath returned to Lao after the establishment of the one-party socialist regime and the end of the Vietnam War. Sombath’s work is mainly in the field of sustainable agriculture and development and education.

A lower-middle income economy, Laos is one of the fastest growing economies in Asia Pacific, with GDP growth averaging 7.8 percent over the last decade, through the exploitation of the country’s natural resources, mostly water, minerals and forests, according to the World Bank. In 2011, Laos announced its ambition to be the battery of a power-hungry Southeast Asia. Currently, the landlocked country has 16 hydroelectric dams. The construction of dams has led to environmental problems and forced resettlement which has affected the livelihood of local people. Without an independent media and freedom of expression, campaigns and discussions related to developmental problems are highly restricted. But Sombath challenged the government narrative of development.

Anne-Sophie Gindroz, former Lao Country Director of Helvetas and author of “Laos, the Silent Repression” said she decided to author the book after the disappearance of Sombath to tell the dark side of the country to the world, especially to donor countries and aid agencies.

“I believe the aid agencies can do more than engaging in developmental projects. They have to also promote changes in democracy. It’s also important that Lao civil society is also empowered,” said Gindroz, “I think there is a fine line between cooperation and complicity. 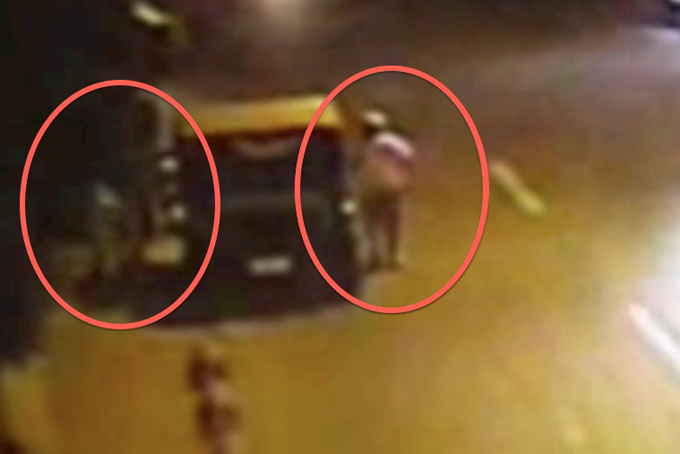 And film Screening: The Disappearance of Sombath Somphone

December 15th will mark five years since Sombath Somphone, Magsaysay Laureate and Lao civil society leader, was abducted in full view of traffic police and CCTV cameras on a busy Vientiane street. Lao Authorities maintain their investigation continues, even though they have provided no information either publicly or privately in four and one-half of those five years.

While donor support for the development of Lao civil society organisations has increased significantly, so have government restrictions, including numerous arrests, harsh sentences, and a more stringent decree on Non-Profit Associations in the past year alone. A climate of fear and self-censorship prevails among local groups, as well as donors and other international organisations.

Panelists will revisit the conditions surrounding Sombath’s enforced disappearance, and explore what has, and has not, happened since that time.

The Disappearance of Sombath Somphone” is a new documentary film [2017] that looks at Sombath’s life and times, and the events leading up to his disappearance in 2012. Featuring interviews with his wife, Shui-Meng Nag, Lao PDR historian Martin Stuart-Fox, and former European Union Ambassador to Lao PDR, David Lipman, and others.

The film will be introduced by Ng Shui Meng, wife of Sombath Somphone. The screening will be followed by an informal discussion.

Both events are co-organized by The Sombath Initiative, Human Rights Watch, FIDH, ICJ
and APHR.

Representatives of the two countries are set to meet for a human rights dialogue on Tuesday and Wednesday in Vientiane, the Laotian capital.

“The human rights situation in Laos continues to be abysmal. Since Sombath’s disappearance, the space for independent civil society in the country – already one of the most repressive in the region – has narrowed considerably. Meanwhile, the public as a whole remains deeply fearful of raising sensitive issues,” Charles Santiago, Malaysian MP and president of the ASEAN Parliamentarians for Human Rights (APHR) said in a statement.

END_OF_DOCUMENT_TOKEN_TO_BE_REPLACED 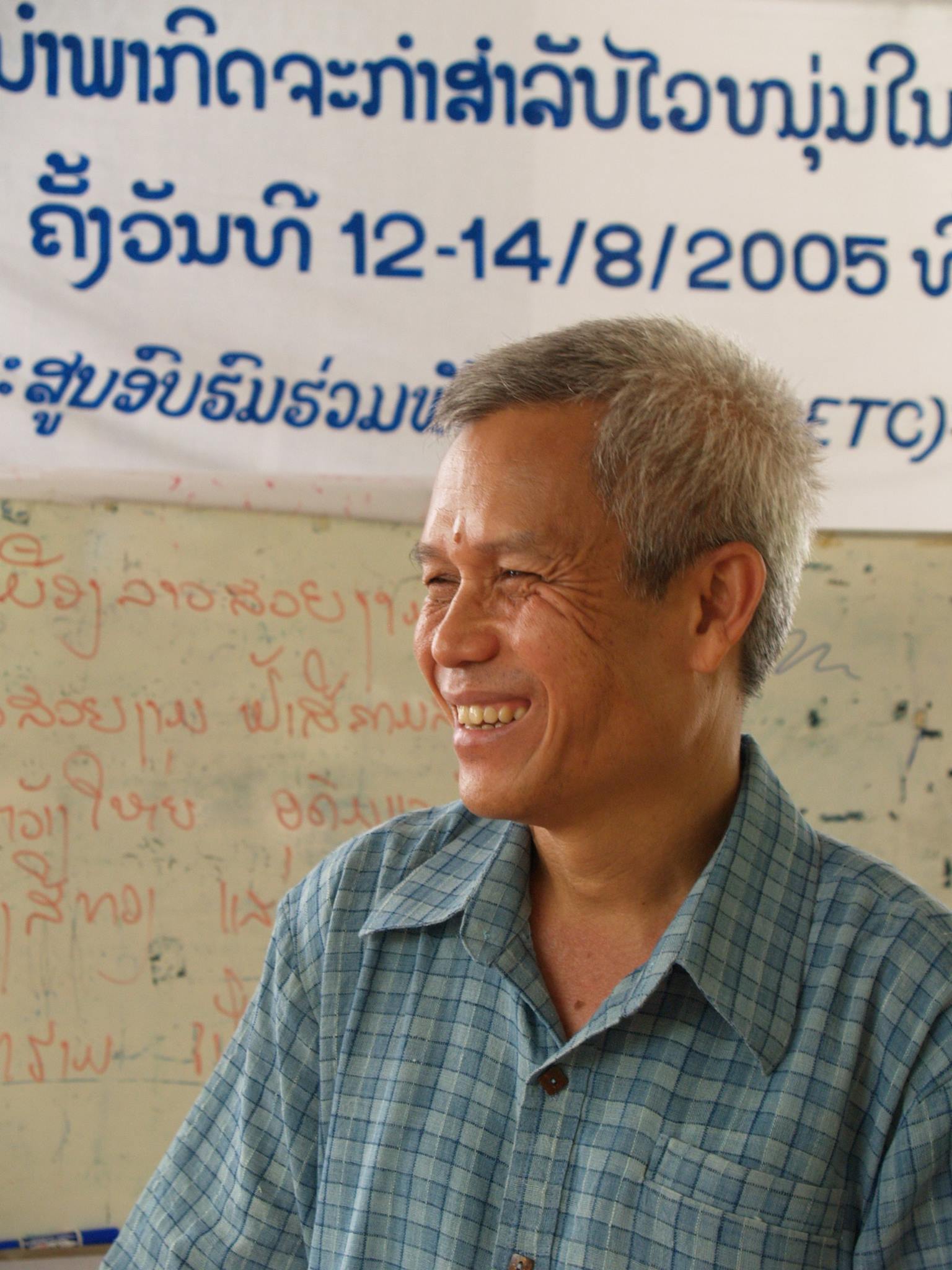 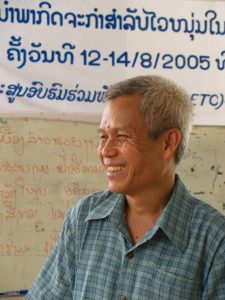 SET to enter the fifth round of human rights talks with Laos on Tuesday, civil society groups have called upon the Australian government to criticise a lack of progress regarding basic rights and freedoms in the one-party Southeast Asian nation.

The Australia-Laos Human Rights Dialogue is set to be held in the Laotian capital of Vientiane on July 18 and 19, and the Australian Department of Foreign Affairs and Trade (DFAT) reports to have received numerous submissions from local civil society organisations.

Australia is one of only two countries which have regular bilateral dialogue on human rights issues with the tiny communist state of Laos. Coincidentally, this year the two countries mark 65 years of diplomatic relations. The most recent Dialogue was held in Canberra in 2015.

A statement from the Australian embassy in Vientiane earlier this year highlighted “Laos’ relationship with Australia is the country’s longest unbroken diplomatic relationship at ambassador level.” Australia is also home to a sizeable Laotian community, many of whom came as refugees. END_OF_DOCUMENT_TOKEN_TO_BE_REPLACED 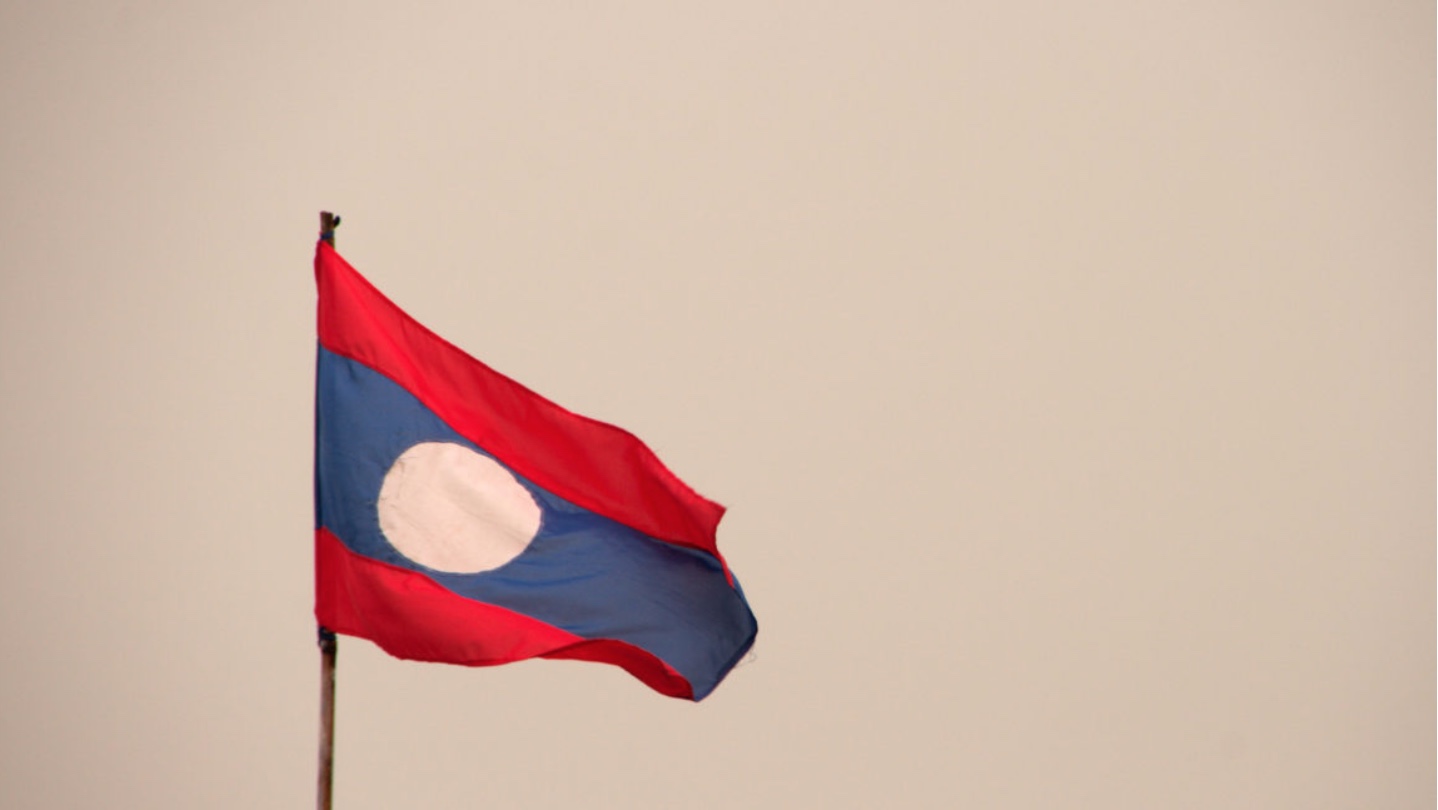 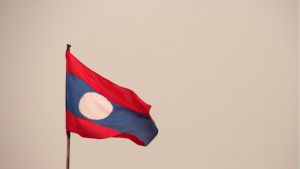 JAKARTA — Southeast Asian lawmakers have called on Australian officials to press for improvements to the human rights situation in Laos when they meet with the Lao government for their fifth bilateral human rights dialogue tomorrow in Vientiane.

In a submission to the Australian government, ASEAN Parliamentarians for Human Rights (APHR) urged members of the delegation to raise critical concerns about restrictions on civil society and fundamental freedoms with their Lao hosts, and called for further inquiry into the case of Lao civil society leader Sombath Somphone, who disappeared after being stopped at a police checkpoint in Vientiane in December 2012.

“The human rights situation in Laos continues to be abysmal. Since Sombath’s disappearance, the space for independent civil society in the country – already one of the most repressive in the region – has narrowed considerably. Meanwhile, the public as a whole remains deeply fearful of raising sensitive issues,” said APHR Chairperson Charles Santiago, a member of the Malaysian Parliament, who has made multiple visits to Laos since 2012 to inquire about Sombath’s disappearance, as well as the broader situation for civil society. END_OF_DOCUMENT_TOKEN_TO_BE_REPLACED 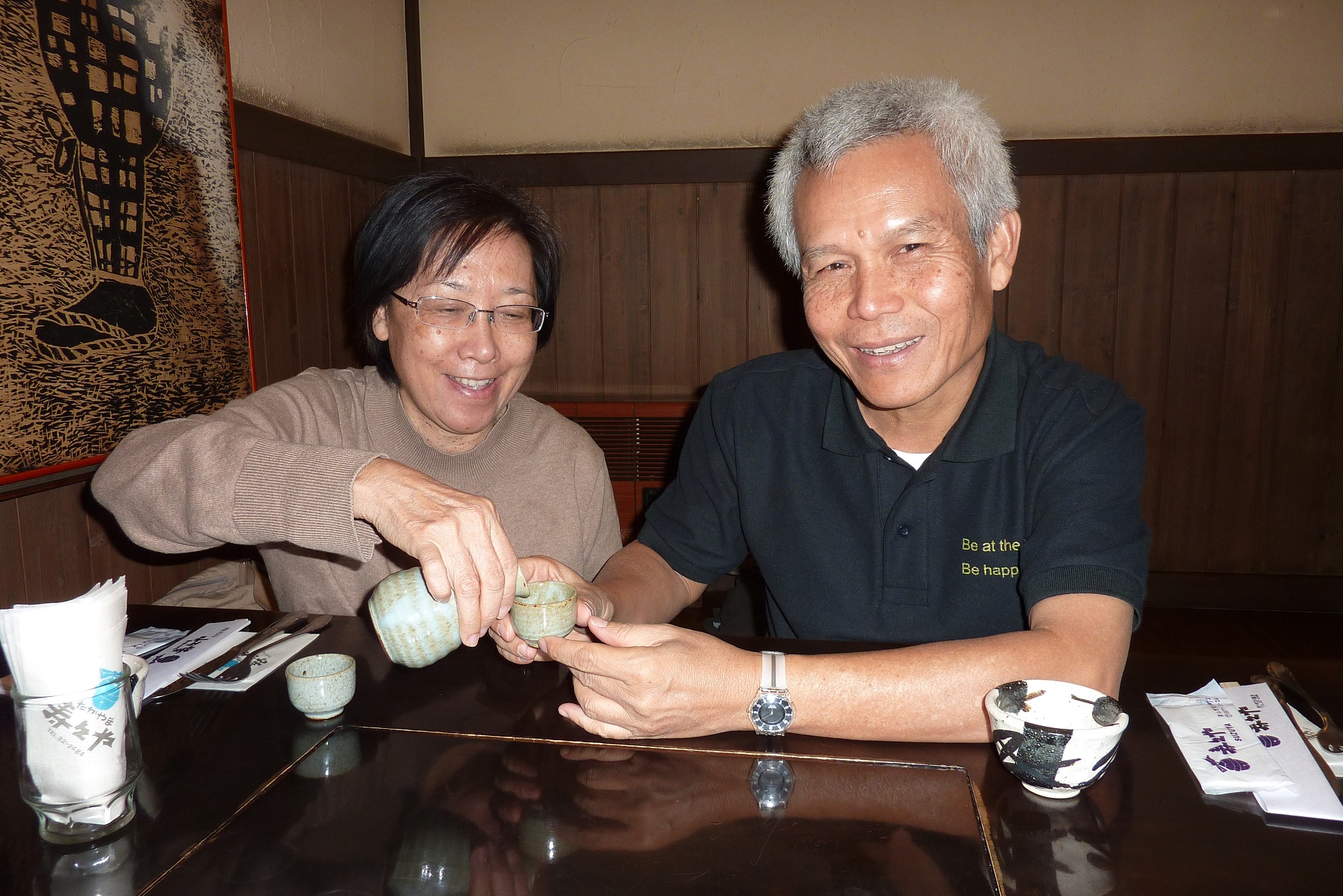 Sombath Somphone’s high-profile disappearance in 2012 came into focus again during the ASEAN Summit in Vientiane. Although world leaders shied away from public mention of the Laotian civil society leader, his other half Ng Shui Meng vows to keep searching for her husband until her “dying day”.

For a moment, just one, Ng Shui Meng’s tough facade cracked as she appeared to contemplate giving up what has been an arduous four-year slog to locate her missing husband Sombath Somphone.

“You always break down. You always try and make sense of things. All kinds of thoughts come through your mind, like ‘Why don’t you jump off a cliff? Why do you bother to wake up?’” said the Singapore-born, Laos-based woman.

It was a departure from the otherwise calm, measured manner of the 69-year-old PhD-holder in sociology, who met with Channel NewsAsia in a muggy shophouse along Chanthabouly District in Vientiane. END_OF_DOCUMENT_TOKEN_TO_BE_REPLACED