A U.N. review of the rights record of Laos scheduled for July should look closely into the condition of civil and political rights in the Southeast Asian country, focusing on reports in recent years of forced disappearances and harsh prison terms handed out to critics of the country’s government, two Paris-based rights groups say.

Numerous violations of citizens’ rights in the one-party communist state have been documented and must finally be addressed, the International Federation for Human Rights (FIDH) and its member organization The Lao Movement for Human Rights (LMHR) said in a joint statement released this week.

“The upcoming review of the disastrous state of civil and political rights in Laos is a rare opportunity to put the spotlight on the repressive actions of the authoritarian government in Vientiane,” Debbie Stothard, FIDH Secretary-General, said in the June 11 statement. END_OF_DOCUMENT_TOKEN_TO_BE_REPLACED

31. The missing of Sombath Somphone is an unexpected incident for the Lao government as it happened after the Lao PDR successfully hosted the 9th ASEM in Vientiane in November 2012.

32. His missing is of concern to the Lao Government like the missing of any Lao citizen. Immediately after the missing happened the Lao Government established an investigation committee within the Ministry of Public Security to conduct investigation into the missing incident. From day one of its work the committee sent notice to all police headquarters across the county to find any clue which may be related to the incident. Furthermore, the investigation committee sent out notice to Interpol and ASEANAPOL for them to have looks for any information which may be related to the case. The Investigation Committee has always been open to views or suggestions to help the investigation and Committee is ready to receive suggestions from any interested parties with regard to the investigation which is still ongoing to the present time. It is the duty of the Lao government to find out the truth and bring perpetrators to justice in accordance with the law of the Lao PDR which has signed the Convention on Protection of All Persons from Enforced Disappearance.

From Lao Government’s response to Letter of Issues submitted by the UN Human Rights Council (CCPR). The full letter and response can be download here.

(Paris)The situation of civil and political rights in Laos remains dire, FIDH and its member organization Lao Movement for Human Rights (LMHR) said today, ahead of a landmark review by a United Nations (UN) body. FIDH and LMHR also released a ‘shadow report’ that documents the numerous and serious violations of civil and political rights committed by the authorities in the one-party state.

“The upcoming review of the disastrous state of civil and political rights in Laos is a rare opportunity to put the spotlight on the repressive actions of the authoritarian government in Vientiane. It’s critical that the international community pays close attention to this review and uses its key outcomes to recalibrate its policies vis-à-vis Laos,” said FIDH Secretary-General Debbie Stothard.

The situation of civil and political rights in Laos will be examined by the UN Human Rights Committee (CCPR) for the first time on 11-12 July 2018 in Geneva, Switzerland. The CCPR monitors state parties’ compliance with their legal obligations under the International Covenant on Civil and Political Rights (ICCPR). Laos became a state party to the ICCPR in 2009. END_OF_DOCUMENT_TOKEN_TO_BE_REPLACED

The space for civil society to conduct human rights activities remains non-existent in the Lao PDR, in breach of Article 22 of the ICCPR. Political groups other than the Lao People’s Revolutionary Party-backed organizations are banned. The government has routinely used its influence to manipulate the membership of civil society organizations’ boards and has forced some organizations to change their names to remove certain words, such as “rights.”

…Lao authorities continue to arbitrarily arrest and detain government critics and charge them under provisions of the Criminal Code. In many cases, little or no information is provided to those arrested on the reason for the deprivation of their liberty or the charges they face. Lao activists have been detained incommunicado without access to legal assistance, and held in prolonged pre-trial detention. This amounts to a clear violation of Article 9 of the ICCPR [see also below, Article 14].

…The government has continued to refuse to adequately and effectively address the issue of enforced disappearance in the country. To this day, the fate and whereabouts of at least 13 activists remain unknown. In the most emblematic case, the government has failed to conduct a thorough, credible, and impartial investigation into the enforced disappearance of prominent civil society leader Sombath Somphone, who disappeared after being last seen at a police checkpoint on a busy street in Vientiane on 15 December 2012.

Excerpts from the International Federation of Human Rights (FIDH) and Lao Movement for Human Rights (LMHR) submission to the List of Issues for the 121st session of the UN Human Rights Committee. The full submission is available here, and the Lao government report and other documentation here.

END_OF_DOCUMENT_TOKEN_TO_BE_REPLACED

Maina Kiai, UN Special Rapporteur on the Rights to Freedom of Peaceful Assembly and of Association is visiting Cambodia. Will he be welcomed in Laos?

Laos failed attempt to win a seat on the United Nations Human Rights Council in a secret vote in New York was greeted with relief on Thursday by a leading Lao human rights group, which urged the communist government to adhere to U.N. rights treaties before trying to join the council.

The secret ballot by the U.N. General Assembly in Wednesday saw Laos come up short for one of five vacant Asia-Pacific slots on the council, with those regional slots going to Kyrgyzstan, Mongolia, the Philippines, South Korea and the United Arab Emirates.

The Paris-based Lao Movement for Human Rights told RFA’s Lao Service it would have been “most unfortunate” to see the authoritarian one-party government in Vientiane join the 47-member council.

“The Lao Movement for Human Rights believes the endless and shameless violation of Lao citizens’ rights by the Lao People’s Democratic Republic government as has been going on for years, is not appealing to attract enough votes from other member states,” said Vanida Thephsouvanh, president of the group. END_OF_DOCUMENT_TOKEN_TO_BE_REPLACED

Michel Forst, the United Nations Special Rapporteur on the Situation of Human Rights Defenders has included a listing for Sombath on his website.

The full portrait can be accessed here.

On May 29th, The UN Special Rapporteurs on the rights to freedom of opinion and expression, to freedom of peaceful assembly and association, and the situation of human rights defenders sent a letter to the Lao government raising concerns regarding the draft decree on associations and foundations. Excerpts include:

Serious concern is expressed that numerous provisions contained in the draft Decree do not comply with international human rights law and standards pertaining to the freedom of opinion and expression and freedom of association including the ability for associations to operate freely without State’s undue interference.

The full letter is available here. 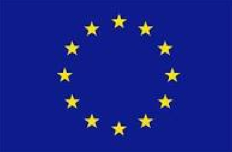 The European Parliament passed a resolution on Thursday, January 16th “…demanding clarifications on the investigation into the Sombath Somphone case in Laos.”

“MEPs demand a clarification of the state of the investigation into the Sombath Somphone case, considering that ‘the lack of reaction from the Lao Government raises suspicions that the authorities could be involved in his abduction’. MEPs also stress that ‘enforced disappearances remain a major impediment to Laos joining the UN Human Rights Council’.”

The press release is available in English and French. The full resolution can be found here. Video of interventions by parliamentarians can be seen here.

(AFP) UN human rights experts demanded today that Laos do more to reveal the fate a prominent activist who went missing a year ago, warning his disappearance could have a “chilling effect”.

Sombath Somphone, 62, went missing on December 15, 2012, when he was seen being led away by police in Vientiane after his car was stopped at a checkpoint.

CCTV images later emerged appearing to show him being driven away with two unidentified people.

“We are deeply concerned about his safety and security,” the UN working group on enforced or involuntary disappearances said in a statement.

It urged the Laos government to “do its utmost to locate Mr Somphone, to establish his fate and whereabouts, and to hold the perpetrators accountable.”

The experts said they wanted the Laos government to allow an independent body analyse the CCTV footage to help determine what had happened to the activist. END_OF_DOCUMENT_TOKEN_TO_BE_REPLACED