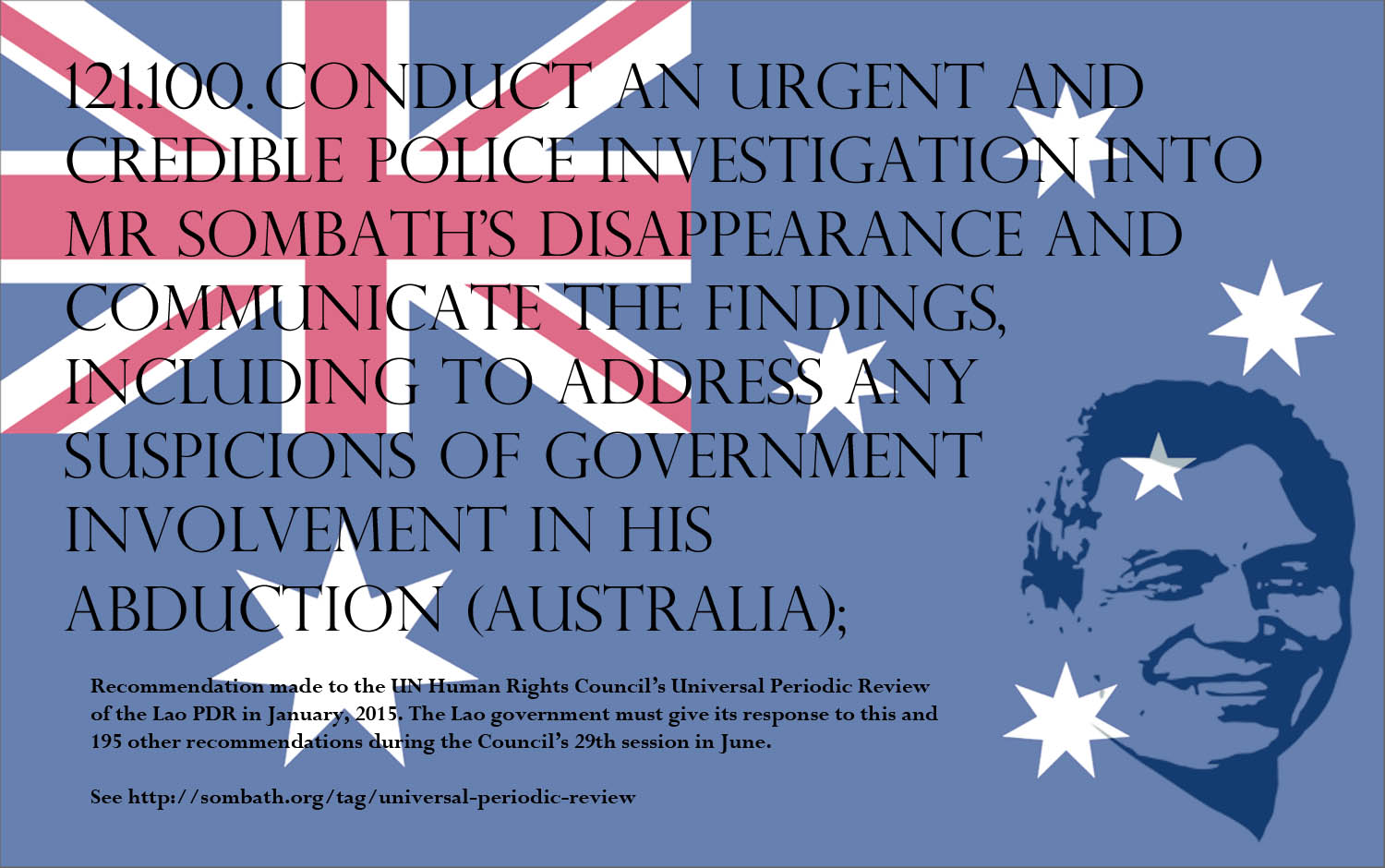 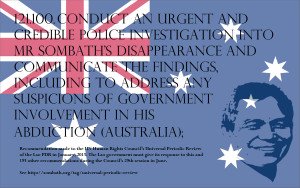 Australia continues to raise concern with Laos about the disappearance of Mr Sombath Somphone, and the case continues to figure prominently in bilateral discussions with Laos.

…Australia further pressed Laos to conclude an urgent and credible investigation intoMr Sombath’s disappearance, emphasising pressure will remain on Laos unless the case is transparently and credibly solved.

The next such dialogue will take place in Vientiane on July 18th, and be led by the head of DFAT’s human rights division. The Lao government has not released any information on the case in in over four years: The need for continued pressure remains undiminished.

Those wishing to provide inputs for this dialogue may send them to Ms. Sophie Wilkinson, Second Secretary at the Australian Embassy in Vientiane: [email protected]