This is the second Sombath Somphone Public Lecture. The first lecture was held in 2018. It was presented by Seng Raw Lahpai, Myanmar, Founder of Metta Development Foundation and recipient of the Ramon Magsaysay Award.

The purpose of the annual lecture is to enliven our remembrance of Sombath Somphone not only as a victim of forced disappearance but primarily as a community leader who stood for an important mission in society. By inviting persons and organisations who are engaged in similar movements and aspirations in various countries and contexts, we express our solidarity and international recognition of the need to protect the freedom of change agents to fulfill their visionary vocations.

The first Sombath Somphone public lecture was held as part of the Chulalongkorn University Right Livelihood Summer School in Bangkok, Thailand on 02 August.

All are cordially invited to join  the Sombath Somphone public lecture at Chulalongkorn University in Bangkok, Thailand on Thursday, 02 August.

Like Sombath, Seng Raw is a laureate of the Ramon Magsaysay Award. 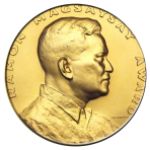 In electing Kommaly Chanthavong to receive the 2015 Ramon Magsaysay Award, the board of trustees recognizes her fearless, indomitable spirit to revive and develop the ancient Laotian art of silk weaving, creating livelihoods for thousands of poor, war-displaced Laotians, and thus preserving the dignity of women and her nation’s priceless silken cultural treasure.

Kommaly is the third Lao citizen to receive the prestigious Magsaysay Award, along with Keo Viphakone and Sombath Sompone.

n its 58 year history, the prestigious Ramon Magsaysay Award has been given to over 300 distinguished persons from across Asia.

Two of these have been Lao.

The first was Keo Viphakone, who was given the prize for Government Service in 1967.

The second is Sombath Somphone, who received the award for Community Leadership in 2005.

Sombath was stopped by police and then abducted in December 2012.

He has not been seen since.

Further information on these outstanding Lao citizens can be found at http://www.rmaf.org.ph/newrmaf/main/awardees/filter/all/all/all/LA/1

The Ramon Magsaysay Award Foundation (RMAF) and the community of Magsaysay Awardees had been asking this question for two years now, since RM Awardee Sombath Somphone disappeared in his native Laos.

Somphone received the Magsaysay Award for Community Leadership in 2005 in recognition of “his hopeful efforts to promote sustainable development in Laos by training and motivating its young people to become a generation of leaders.”

He was last seen at around 5:00 p. m. on December 15, 2012 when he left the offices of the Participatory Development Learning Center in Vientiane to go home. He was in his own car; his wife Shui Meng was in another. Footage from CCTV cameras showed that Somphone’s car was stopped at a police outpost, with the Magsaysay awardee leaving his vehicle and another person driving his jeep away. Later, a pick-up truck arrived, Somphone got in, and he and two other men drove off. He did not reach his home, and his family has had no news of him since then.

A few days after the disappearance, the Magsaysay Awards community began sending emails and messages to support Somphone’s family and to ask: “Where is Sombath?” END_OF_DOCUMENT_TOKEN_TO_BE_REPLACED

For his tireless efforts among the youth and in community development in the countryside, he has received Asia’s most prestigious award. It is only the second time during its nearly 50 year history that the Ramon Magsaysay Award has been bestowed upon a Lao national. The first one was Keo Viphakone in 1967, for Government Service.

This video was made by PADETC in preparation for Sombath to receive the Ramon Magsaysay Award in 2005.

Neon green paper with a face drawing and the text “Surface Sombath Somphone.”

This was the symbol adopted by civil society groups that participated in the cultural and solidarity event titled “Public Action to Call on the Philippines and the ASEAN: Surface Sombath Somphone and all Desaparecidos.” The gathering was held last April 12 in front of the Philippine Department of Foreign Affairs offices in Pasay, Metro Manila.

Sombath Somphone, 60, a community worker and green activist from Laos, is the 2005 Ramon Magsaysay Awardee for Community Leadership. The event marked the 120th day of his disappearance and protested the seeming inaction of the Laos government.

The participants also sought the Philippine government’s support in ensuring that Sombath’s case is included on the agenda of bilateral meetings of leaders of the Association of the Southeast Asian Nations (ASEAN).

Sombath went missing on December 15, 2012. He was last seen in Vientiane, Cambodia, where a CCTV footage showed police stopping his jeep as he drove on the way home.  Two plainclothes men then hauled him onto another vehicle.

It has been four months, and there has since been no information on his whereabouts. The Laos authorities deny involvement.

Sombath’s wife, Ng Shui Meng, is concerned, especially since her husband suffers from prostate cancer. She has received no word on her husband’s fate, but has told media, “I believe he is still alive.”

Officers and staff of the Ramon Magsaysay Award Foundation (RMAF), led by Awardee Relations Manager Ma. Carmencita Toledo, joined the solidarity event.  Toledo reiterated the support of the Magsaysay Award community and the call to the Lao government to act toward Sombath’s deliverance. END_OF_DOCUMENT_TOKEN_TO_BE_REPLACED