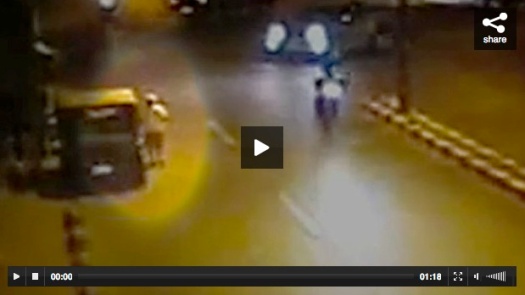 Vientiane: The wife of prominent social activist Sombath Somphone has made a desperate plea to Lao authorities, declaring he will leave the country and retire quietly with her if returned safely after being abducted in the Lao capital 10 months ago.

Ng Shui Meng, who has been married to the award-winning Sombath for 30 years, says she does not want to see any more damage done to Laos’ image and credibility over the abduction which human rights groups describe as a state-sponsored forced disappearance.

Every day since Sombath disappeared has been “an eternity of waiting, wavering between hope and despair.”

“All I want is only the safe return of Sombath,” Ms Shui Meng, a Singaporean, told Fairfax Media.

“He is an old man who is in need of medical attention. Once he is returned I will take him out of the country for medical care and we will live out the rest of our lives in quiet retirement,” she said.

Ms Shui Meng said every day since Sombath disappeared has been “an eternity of waiting, wavering between hope and despair.” Hopes for 62 year-old Sombath’s welfare have been fading as the authoritarian communist-led Lao government denied any knowledge of his disappearance, claimed an investigation has failed to establish who was behind it and dismissed concerns by alleging that he must have been the victim of a shadowy business feud, without providing any evidence.

Even in a country with a notoriously poor human rights record where government critics have “disappeared” previously, the abduction of Sombath has shocked many Laotians and prompted calls for international donors to press for more to be done to ensure his return.

A widely respected agriculture specialist, Sombath received the prestigious Ramon Magsaysay Award in Community Leadership in 2005, the equivalent of the Nobel peace prize in Asia.

He was last seen by Ms Shui Meng as they were driving separately from his office in Vientiane to their home for dinner on the evening of December 15 last year.

The abduction was captured on grainy closed-circuit television footage that apparently was not supposed to be released by police.

It shows that Sombath’s jeep was stopped at a police post and he was taken inside.

A motorcyclist stopped at the post and drove off with Sombath’s vehicle.

A truck with flashing lights then stopped at the police post, two people got out and took Mr Sombath to the truck and drove off.

Amnesty International says the Lao authorities’ likely involvement in Sombath’s disappearance has been compounded by the police’s failure to conduct thorough investigations, which suggested a cover-up.

Other countries’ offers of external assistance, including analysis of the original CCTV footage, have been rejected.

“This is a huge black mark on Laos’ already poor record as one of the worst rights-abusing governments in the region and we and other friends of Sombath will ensure this comes up in every international forum and meeting Laos attends,” he said.

Sombath’s abduction is perplexing because he is seen as a conciliatory figure who sat on panels with influential government members.

One clue may be a keynote speech he made two months before his disappearance at the Asia-Europe People’s Forum, the largest civil society event held in Laos.

“We focus too much on economic growth and ignore its negative impact … we need to give more space for the ordinary people, especially young people, and allow them to be drivers of change and transformation,” he said.

Sombath, who founded a non-government organisation called the Participatory Development Training Centre in 1996, which seeks to advance community education and training on sustainable development, has also spoken out about land seizures as Laos opened its doors to massive foreign investments that include mining, hydroelectric plants, rubber plantations, hotels and casino projects.

Earlier this year Laos joined the global community as a member of the World Trade Organisation and is lobbying for a seat on the United Nations Human Rights Council.

But the governing Communist Party fiercely defends its hold on power and vigorously cracks down on dissent while moving to liberalise its economy and promote tourism.

Activists who unravelled a banner calling for democracy are languishing in jail.

Five years ago environmentalist Sompawn Khantisouk was forced into a car in northern Laos and was never seen again while the government earlier this year blocked a US investigation into the disappearance of a US citizen and two other men in a southern Lao province.

A ceremony to honour Sombath in Laos was cancelled after security police threatened his colleagues and family.

In riverside Vientiane, most people decline to speak publicly about Sombath’s disappearance, fearful of reprisals from police and security forces which are under close communist party control.

In June 42 Australian academics signed an open letter to then foreign minister Bob Carr asking for Australia, as a major aid donor to Laos, to take a more assertive stand with the Lao government on the disappearance.

Human rights groups also want other countries to increase pressure on the government that benefits from hundred of millions of dollars a year in development aid.

“The government’s continued denials of complicity in the disappearance have zero credibility and point more clearly than ever to the critical importance of redoubled international pressure on Lao leaders if we are ever going to learn what has happened to Sombath,” said Human Rights Watch’s Mr Robertson.

Ms Shui Meng, a former UNICEF staffer who met Sombath in Hawaii in the 1970s while he was studying there on a scholarship, urged donor countries like Australia to help get the government to be more transparent, identify the kidnappers and return Mr Sombath or if he is incarcerated allow family members to visit.

“So far quiet diplomacy or more overt calls for action by governments have yielded zero results,” she said.

Ms Shui Meng said she can “only hold on to my hope and faith, as anything otherwise is unthinkable.”

“Not having hope is to give up and I will not give up … not yet,” she said.