BANGKOK: — The widow of missing Muslim lawyer Somchai Nilapaichit has launched a signature collection campaign to demand the revival of the enforced disappearance case of her husband.

Mrs Angkana Nilapaichit, a member of the human rights committee of the Law Council of Thailand, told Post Today Online that the campaign through the social media, www.change.org, which started a month ago has already collected about 17,000 signatures against her demand of at least 25,000 signatures.

Once the required signatures are collected, she said she would submit a petition accompanied by the list of signatures to Justice Minister Paiboon Kumchaya and six other persons to demand the revival of Mr Somchai’s case in an independent and transparent manner.

Somchai has disappeared without any traces about 12 years ago while he served as a defence lawyers for some of the suspected southern separatists. All the police officers charged with involvement in the lawyer’s disappearance have been acquitted.

Mrs Angkana said, besides the demand for the revival of the case, the signature campaign was intended to create public awareness about human rights, rights to safety and protection from enforced disappearance.

Note: The petition can be found here.

This public forum will share the key lessons and conclusions from the Sombath Symposium, a three day event which aims to exchange and explore various traditional, cultural and alternative perspectives on how humans value and interact with nature.

Participants of symposium will come from Vietnam, Laos, Thailand, The Philippines, Indonesia, and India, and represent a wide range of ethnic, cultural, religious and vocational backgrounds and perspectives.

The forum will also be joined by local community and activists from Thailand to contribute to the discussion on their struggles to protect the nature and livelihood.

Organised by Focus on the Global South and the Sombath Initiative, in cooperation with the Heinrich Böll Foundation

English-Thai-English translation will be provided

Lunch will be served at 12:30 at SASA International House

For more information about this event and to confirm attendance please contact Hamdee Tohming at [email protected] or 089-004-4117.

2016 will be an important year for ASEAN, as it promises to turn its “vision” into a “reality”. Its chairmanship will be with the Lao PDR, where civil society organizations in the recent ACSC/APF agreed they will not hold their 2016 gathering. This forum aims to draw attention and give different perspectives to this so-called ASEAN “Reality” and “Vision” of a “Dynamic Community”.

Three years ago, on December 15, Magsaysay award winner and acclaimed community development leader Sombath Somphone was detained at a police checkpoint in Vientiane, Laos, and then disappeared by state authorities. Since then, the Lao police and government authorities have consistently failed to seriously investigate the case, and continue to unpersuasively claim ignorance of Sombath’s whereabouts.

Yet evidence is still being uncovered, and on the 3rd anniversary of his enforced disappearance, new CCTV camera footage — obtained from the area where Sombath was abducted on the day that Sombath vanished into state custody – will be made public.

A panel of speakers will also provide the latest updates on Sombath’s case and the international campaign to demand answers from the Lao PDR government.

The Sombath Initiative is sponsoring a writing contest about issues in Laos. Any age or nationality can enter, but Lao youth are especially encouraged to apply.

Essays should be about any one of the following topics (Please select one topic only):

Entries should be in either Lao or English, and between 500 to 1,000 words (approximately 2-3 pages) in length.
Three prizes will be awarded for both Lao and English (six total prizes):

hy of Sombath Somphone, essays that are positive and inspiring will be given preference over those that are critical or negative.
Winning essays will be posted on the  website, Facebook and Google+ If contestants request, their name will not be included with the posting.

Entries must be sent to [email protected] no later than January 31st, 2016. Winning contestants will be notified by email.

Thank you, and we look forward to your thoughts!

Note: This event will be streamed live on: http://www.ustream.tv/channel/fcct-live

On the evening of December 15, 2015, police stopped prominent Lao civil society leader Sombath Somphone at a police checkpoint on a busy street of Vientiane. Shortly after being stopped, CCTV footage showed that unknown individuals forced Sombath into another vehicle and drove away while police looked on. Sombath was never seen again. His fate or whereabouts remain unknown to this day.

September 11, 2015, marks 1,000 days since Sombath disappeared. During these 1,000 days, what has been done to safely return Sombath? What have been the domestic and reg

ional implications of his disappearance? What are the next steps?

A panel of four distinguished speakers will answer these questions and provide an update on the quest for truth and justice for Sombath Somphone’s disappearance.

Ms. Shui-Meng Ng is the spouse of Sombath Somphone and a member of the Advisory Board of the Sombath Initiative.

Mr. Kingsley Abbott is the International Legal Advisor for Southeast Asia for the International Commission of Jurists (ICJ) and a former Senior Legal Officer with the United Nations at the Extraordinary Chambers in the Courts of Cambodia.

Ms. Angkhana Neelapaijit is the founder and President of the Justice for Peace Foundation (JPF), a member of the Advisory Board of the Sombath Initiative, and a nominee to the National Human Rights Commission of Thailand (NHRCT).

Ms. Debbie Stothard is the Secretary-General of FIDH, the Coordinator of ALTSEAN-Burma, and the Co-Chair of the ASEAN Peoples’ Forum/ASEAN Civil Society Conference (APF/ACSC) Media Committee.

At the Universal Periodic Review for Laos in January, 19 nations* raised the issues of enforced disappearance and ratifying the International Convention for the Protection of all Persons from Enforce Disappearance, with ten of these addressing Sombath’s case directly.

This show of support is unprecedented, yet real impact will only be achieved if the Lao government accepts and follows through on these recommendations.

Please help to press your government in urging the Lao government to do just that.

See this Letter the Sombath Initiative is sending to all 19 countries’ mission to the United Nations in Geneva. The text of each recommendation is included in the letter, and contact information for all missions can be found here.

Below are the recommendations for those ten countries specifically mentioning Sombath in graphic format. Please share them among friends, colleagues and on social media. Thank you for your support!

*Our sincere apologies. There were 20 countries. Brazil recommended that the Lao PDR should:

121.24. Ratify the ICPPED and adopt implementing legislation, as well as mechanisms to independently investigate and identify perpetrators of those crimes (Brazil);

More individuals and organisations are asking “Where is Sombath?”

Please keep asking, and send your pictures to [email protected] 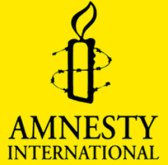 Sombath has been missing 625 days. Joining this Amnesty effort only takes a few minutes.

While some have chosen to silence Sombath for the time being, others are striving to sustain his voice and vision for his people and country.  To facilitate these efforts, we would like to invite friends and colleagues to write letters to Sombath.

These letters can be about Sombath, about his work, or about his approach, ideas and ideals. Letters can be in any language, but preference will be given to Lao and English. While there are no strict limits on length, three to five hundred words is suggested.

Letters should reflect Sombath’s way of working: positive and caring messages will be given preference over those that are negative or accusatory. While suggestions are welcome, they should be constructive and feasible.

Please also include your name. If you write anonymously, your letter may not be used. Selected letters will be posted on this website, and/or on the Sombath Initiative Facebook page.

Most importantly, please direct your message to Sombath. The purpose is to sustain his voice, not to promote our own or provoke arguments.

Messages can be sent to [email protected]. Thank you very much, and we look forward to your letters.