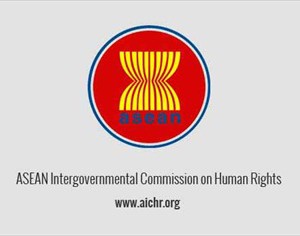 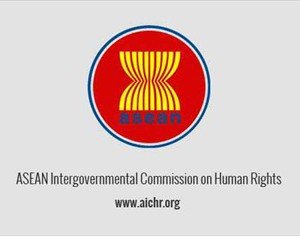 In 2007, Member States of the Association of Southeast Asian Nations (ASEAN) adopted the ASEAN Charter. Article 14 of the Charter provided that ASEAN shall establish a “human rights body”.

In July 2009, the ASEAN Foreign Minister Meeting adopted the Terms of Reference (TOR) of the ASEAN Intergovernmental Commission on Human Rights (AICHR). During the 15th ASEAN Summit in Thailand, in October 2009, ten AICHR Representatives were appointed, one from each Member State. The AICHR was then formally inaugurated.

The AICHR is the body that has an overall responsibility for the promotion and protection of human rights in the ASEAN. As the overarching human rights body in the region, it is required to coordinate and cooperate closely with all other ASEAN sectoral bodies that deal with human rights. It is characterized as a “consultative inter-governmental body”.  END_OF_DOCUMENT_TOKEN_TO_BE_REPLACED

States and non-state actors continue to commit violations with impunity, including police brutality, torture and enforced disappearances, against civil society activists. For example, the lack of immediate and transparent investigation into the case of Sombath Somphone by ASEAN governments, the ASEAN Intergovernmental Commission on Human Rights (AICHR), or any other human rights mechanisms in the region. Human rights defenders continue to be persecuted under oppressive laws, including laws against activities as “injuring the national unity”, “propaganda against the State“, “abusing democratic freedoms” and sedition laws, which deny the people safe and constructive political space.

From the  CSO Statement for the 2015 ASEAN Civil Society Conference/ASEAN People’s Forum to be held 21-24 April in Kuala Lumpur, Malaysia.

We would also seek to draw your attention to the dangers facing human rights defenders and civil society actors all across Southeast Asia, highlighted by the enforced disappearance of Lao civil society leader Sombath Somphone in December 2012, and the subsequent failure of the Lao PDR to properly investigate it…

We, as current and former elected representatives in ASEAN member states would like to convey our input to the ASEAN Foreign Ministers’ Retreat, contributing our suggestions for agenda setting for 2015 and warning of the dangers of overlooking the importance of ensuring the growth of a genuine regional human rights mechanism.

Firstly, we wish to call to attention the need for immediate and urgent action on one of the gravest human rights concerns facing our region and the world today: the ethnic cleansing of the Rohingya minority in Myanmar which is becoming a strain and a stain on the entire region.

We would also seek to draw your attention to the dangers facing human rights defenders and civil society actors all across Southeast Asia, highlighted by the enforced disappearance of Lao civil society leader Sombath Somphone in December 2012, and the subsequent failure of the Lao PDR to properly investigate it, as well as the serious regional implications of ASEAN’s failure to stand up to the overthrow of a democratically elected government in Thailand and subsequent assault on human rights by the military regime there. At minimum, these issues, and potential solutions to them, should be discussed during the ASEAN Foreign Minister’s Retreat in Sabah. END_OF_DOCUMENT_TOKEN_TO_BE_REPLACED

ASEAN member states should abandon their principle of not interfering in each other’s internal affairs and confront Laos on rights abuses in the country as responsible members of the international community, a group of leading regional and international non-governmental organizations said yesterday.

“Instead of invoking the principle of non-interference into one another’s internal affairs, ASEAN member states must act as responsible members of the international community and uphold the…key tenets enshrined in the ASEAN charter, which recognizes the promotion and protection of human rights and fundamental freedoms….,” a statement, signed by 82 regional and international NGOs, said.

The statement was released on the second anniversary of the enforced disappearance of revered Lao civil society leader Sombath Somphone, who was last seen on the evening of December 15, 2012. A police security video of the incident showed Sombath being stopped at a police checkpoint while driving home, before being taken into custody by unknown individuals. Rights groups say the fact that the police officers who witnessed the abduction failed to intervene suggests some level of complicity by Lao authorities. END_OF_DOCUMENT_TOKEN_TO_BE_REPLACED

Many suspect it was Sombath Somphone’s work empowering communities across Laos that led to his enforced disappearance.

In August 2005, in front of an audience in Manila, Lao development worker Sombath Somphone received the Ramon Magsaysay Award for community leadership.

Known as Asia’s Nobel Prize, it showed that Sombath’s work was appreciated not just by the people of Laos but across the region.

The award recognised Sombath’s “hopeful efforts to promote sustainable development in Laos by training and motivating its young people to become a generation of leaders”.

But much of that hope has now been lost. Rather than mentoring a new generation of Lao community leaders, Sombath is missing – a victim of enforced disappearance – and Lao civil society is fractured and fearful.

An enforced disappearance takes place when a person is arrested, detained or abducted by the state or agents acting for the state, who then deny that the person is being held or conceal their fate or whereabouts, placing them outside the protection of the law.

And this serious human rights violation, recognised as an international crime since the aftermath of World War II, is ongoing as long as Sombath’s fate and whereabouts remain unknown.

END_OF_DOCUMENT_TOKEN_TO_BE_REPLACED

The Asian Federation Against Involuntary Disappearances (AFAD) calls on the ASEAN Intergovernmental Commission on Human Rights (AICHR) to ACT NOW against increasing human rights violations in the region.

In Lao, the government remains calloused to calls from the international community to surface Sombath Somphone, a 2005 Ramon Magsaysay awardee for Community Leadership who disappeared on 15 December 2012, exactly 18 months today. The Lao People’s Democratic Republic signed the Convention Against Enforced Disappearance (CED) on 29 September 2008. It also ratified the International Covenant on Civil and Political Rights (ICCPR) on 25 September 2009.

Asian Federation Against Involuntary Disappearances, in a call to AICHR issued on 15 June 2014.

The fate of Laotian civil society activist Sombath Somphone will serve as a test case on whether the dictum of a people-oriented Asean community, expounded recently by Sultan Hassanal Bolkiah of Brunei, or people-centred community advocated by Malaysian Prime Minister Najib Razak, is genuine and sincere. Since December 2012, the whereabouts of Sombath, a Magsaysay Award winner are unknown.

Sombath’s wife, Dr Ng Shui Meng, has been working relentlessly to push for a full investigation by the Laotian government into his disappearance. Asean-based civil society groups have also continuously appealed to Vientiane to put more effort into the case, which occurred in front of a police checkpoint near the capital, where he was last seen. So far, very little information has been revealed by the authorities.

At a recent meeting in Bangkok, Asean parliamentarians praised Singapore for its efforts to urge the Lao government to expedite their inquiry into Sombath’s disappearance and resolve the case as soon as possible. They also called for other Asean members to take a firm and common stand on the issue. END_OF_DOCUMENT_TOKEN_TO_BE_REPLACED

BANGKOK – ASEAN Parliamentarians today praised Singapore for its consistent efforts to urge the Lao government to expedite its inquiry into the disappearance of civil society actor Sombath Somphone and urged other ASEAN nations to take a firm, united stand against the shortcomings of the Lao authorities’ investigation to date.

The Singapore government this week reiterated its concern regarding the stalled investigation into Sombath’s whereabouts after he was disappeared from a street in Vientiane in December 2012.

In written remarks to the Singapore Parliament, Singaporean Law and Foreign Affairs Minister K. Shanmugam said his government had made its misgivings known to the Lao government and that it has also offered assistance to Sombath’s wife, Dr. Ng Shui Meng, a Singaporean citizen resident in Vientiane.

“[The Singapore government has] consistently raised our concern to the Lao PDR government over Mr Sombath’s disappearance at the highest levels, including with the Lao PDR President, Prime Minister, President of the National Assembly and Deputy Prime Minister and Minister of Foreign Affairs,” K Shanmugam said.

“We have urged the Lao PDR government to expedite their investigations and to resolve this case as quickly as possible.” END_OF_DOCUMENT_TOKEN_TO_BE_REPLACED

The enforced disappearances of Sombath Somphone, Jonas Burgos and Somchai and dozens of Southeast Asian activists highlight ASEAN’s insincerity in protecting the human rights of its peoples. Its failure to meaningfully respond to these cases is immoral and unjust, especially to the families of the victims. For the nth time, we strongly urge ASEAN to instruct its representatives in the regional human rights body, AICHR, to investigate these cases and formulate recommendations that will punish the perpetrators and eliminate cases of enforced disappearances. The true test of the legitimacy of AICHR and ASEAN’s commitment to human rights is when they finally act on these cases and help in the elimination of rights abuses in the region.

From Solidarity for Asian Peoples’ Advocacy (SAPA) statement made at Asian People’s Forum in Yangon. 24 March 2014

When the ASEAN Intergovernmental Commission on Human Rights (AICHR) meets in Jakarta this week, its urgent priority must be improving how it communicates and engages with civil society in Southeast Asia and responds to human rights issues.

ASEAN civil society, representing more than 500 million people from the region, has signaled its eagerness to harness the potential of the AICHR. But the Commission has been widely criticized as being “toothless” and lacking a clear mandate since its creation in 2009.

Human rights issues among its member states need to be prioritized and addressed.

While some member states, including Indonesia and the Philippines have shown a degree of willingness to address them, others have not been so forthcoming. END_OF_DOCUMENT_TOKEN_TO_BE_REPLACED