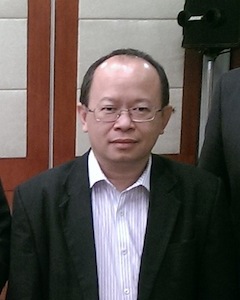 The Ministry of Foreign Affairs organised a consultation meeting on the draft National Report of the Lao PDR under the UPR [Universal Periodic Review at the UN Human Rights Council] for representatives of stakeholders including social, professional, academic and non-profit organisations in Vientiane recently.

The meeting participants exchanged views and provided input on the draft report of the Lao PDR for the second cycle which has been prepared following a series of consultations among government agencies and relevant stakeholders.

Director General of the Department of Treaties and Law, Secretary General to the Lao National Steering Committee of Human Rights Mr Phoukhong Sisoulath chaired the meeting.

Non-governmental workers and civil society actors are also held under a strict code of self-enforced silence, fearful of repercussions if they raise what has become one of the most sensitive issues for the Lao regime.

“The script that the Lao authorities are reading from has become progressively tighter over the past 18 months: there appears to be a concerted effort to undermine now even the most fundamental, seemingly incontestable aspects of the investigation,” Mr. Santiago said.

“Individuals requesting honest answers to very basic questions are being treated like agitators and enemies. This is an unacceptable distortion of the reality of the situation.”

If the Lao government really wants to solve this case and is as concerned as the rest of us, then why is it blocking all possible avenues for the investigation? asked APHR.